The Sacrament of Holy Orders 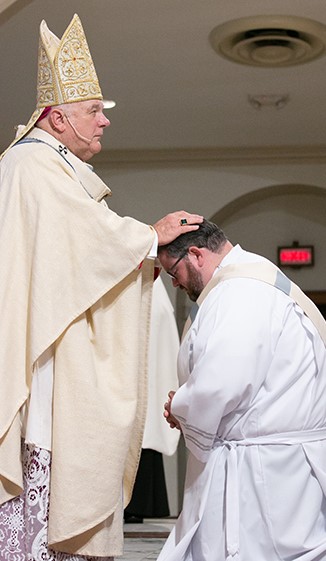 Holy Orders is the sacrament through which the mission entrusted by Christ to his apostles continues to be exercised in the Church until the end of time: thus it is the sacrament of apostolic ministry. It includes three degrees: episcopate, presbyterate, and diaconate.

Catechism of the Catholic Church #1536

The whole Church is a priestly people. Through Baptism all the faithful share in the priesthood of Christ. This participation is called the “common priesthood of the faithful.” Based on this common priesthood and ordered to its service, there exists another participation in the mission of Christ: the ministry conferred by the sacrament of Holy Orders, where the task is to serve in the name and in the person of Christ the Head in the midst of the community.

The ministerial priesthood differs in essence from the common priesthood of the faithful because it confers a sacred power for the service of the faithful. The ordained ministers exercise their service for the People of God by teaching (munus docendi), divine worship (munus liturgicum) and pastoral governance (munus regendi).

Since the beginning, the ordained ministry has been conferred and exercised in three degrees: that of bishops, that of presbyters, and that of deacons. The ministries conferred by ordination are irreplaceable for the organic structure of the Church: without the bishop, presbyters, and deacons, one cannot speak of the Church (cf. St. Ignatius of Antioch, Ad Trall. 3,1).

The bishop receives the fullness of the sacrament of Holy Orders, which integrates him into the episcopal college and makes him the visible head of the particular Church entrusted to him. As successors of the apostles and members of the college, the bishops share in the apostolic responsibility and mission of the whole Church under the authority of the Pope, successor of St. Peter.

Priests are united with the bishops in sacerdotal dignity and at the same time depend on them in the exercise of their pastoral functions; they are called to be the bishops’ prudent co-workers. They form around their bishop the presbyterium which bears responsibility with him for the particular Church. They receive from the bishop the charge of a parish community or a determinate ecclesial office.

Deacons are ministers ordained for tasks of service of the Church; they do not receive the ministerial priesthood, but ordination confers on them important functions in the ministry of the word, divine worship, pastoral governance, and the service of charity, tasks which they must carry out under the pastoral authority of their bishop.

Here at the Cathedral of St. Mary, every Thursday – the day of the Eucharist, Priesthood and Mandatum – we pray for vocations to the priesthood and for our seminarians, deacons, priests and bishops.

The Cathedral of St. Mary is the place where Ordinations to the Order of Deacon, Priest and Bishop are celebrated for the Archdiocese of Miami.

The ministerial priesthood differs in essence from the common priesthood of the faithful because it confers a sacred power for the service of the faithful. The ordained ministers exercise their service for the People of God by teaching (munus docendi), divine worship (munus liturgicum) and pastoral governance (munus regendi).

Catechism of the Catholic Church #1592

Words of Pope St. John Paul II on the Vocation of the Priesthood

Your wish to become a priest, or at least your wish to discover if you are being called to be one.  And so the question is a serious one, because you have to prepare thoroughly, with clear intentions and an austere formation.

His calling is a declaration of love.  Your response is commitment, friendship, and love manifested in the gift of your own life as a definitive following and as a permanent sharing in his mission and in his consecrations.  To make up your mind is to love him with all of your soul and all of your heart in such a way that this love becomes the standard and motive of all your actions.  From this moment on, live the Eucharist fully; be persons for whom the Holy Mass, Communion, and Eucharistic adoration are the center and summit of their whole life.  Offer Christ your heart in meditation and personal prayer which is the foundation of the spiritual life.

Called, consecrated, sent.  This triple dimension explains and determines your conduct and your lifestyle.  You are ‘set apart;’ ‘segregated,’ but not ‘separated.’  What would separate you, would be to forget or to overlook the meaning of the consecration that characterizes your priesthood.  To be but one more in your profession, in your lifestyle, in your way of living, in your political obligations, would not help you to fully carry out your mission.  You would betray your own faithful who want you to be priests through and through.

The priestly vocation is essentially a call to sanctity, in the form that derives from the Sacrament of Holy Orders.  Sanctity is intimacy with God; it is the imitation of Christ, poor, chaste and humble; it is unreserved love for souls and self-giving to their true good; it is love for the church which is holy and wants us to be holy, because such is the mission that Christ has entrusted to it.  Each one of you must be holy also in order to help your brothers pursue their vocation to sanctity.

I am often asked, especially by young people, why I became a priest.  Maybe some of you would like to ask the same question.  Let me try briefly to reply.  I must begin by saying that it is impossible to explain entirely.  For it remains a mystery, even to myself.  How does one explain the ways of God?  Yet, I know that, at a certain point in my life, I became convinced that Christ was saying to me what he had said to thousands before me: ‘Come, follow me!’  There was a clear sense that what I heard in my heart was no human voice, nor was it just an idea of my own.  Christ was calling me to serve him as a priest.

And you can probably tell that I am deeply grateful to God for my vocation to the priesthood.  Nothing means more to me or gives me greater joy that to celebrate Mass each day and to serve God’s people in the Church.  That has been true ever since the day of my ordination as a priest.  Nothing has ever changed this, not even becoming Pope.

For more information about vocations to the priesthood, please contact the Vocations Director of the Archdiocese of Miami – Fr. Matthew Gomez – at (305) 762-1137 or by email at vocdirector@theadom.org 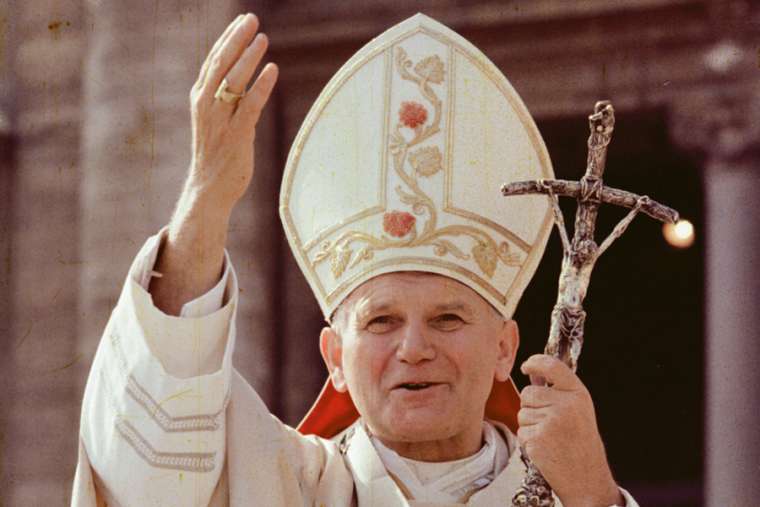 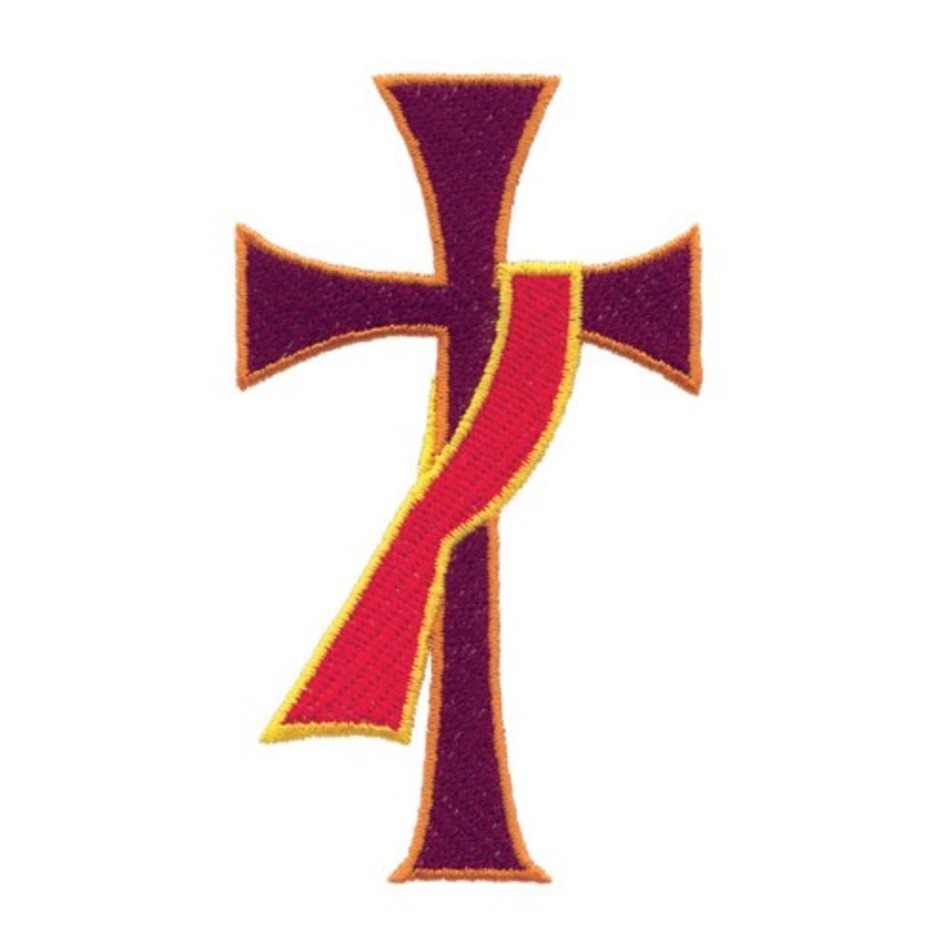 The diaconal ministry of service is a very ancient and a very beautiful ministry in the Church. Through deacons, God desires to provide for the needs of His people and especially the needs of the poor.

The permanent diaconate is an ordained ministry along with the priesthood and the episcopacy. Permanent deacons preach and teach, assist priests and bishops in the celebration of the Eucharist and oversee ministries of charity and justice.

In the Archdiocese of Miami, the permanent diaconate is open to both married and unmarried men between the ages of 31 and 60 with a strong Catholic faith and a solid reputation and character. Candidates must be in full communion with the Church.

This is at the very heart of the diaconate… to be a servant of the mysteries of Christ and, at one and the same time, to be a servant of your brothers and sisters. That these two dimensions are inseparably joined together in one reality shows the important nature of the ministry… by ordination.

The service of the deacon is the Church’s service sacramentalized. Yours is not just one ministry among others, but it is truly meant to be, as Paul VI described it, a “driving force” for the Church’s diakonia. By your ordination you are configured to Christ in his servant role. You are also meant to be living signs of the servanthood of his Church.

For more information about vocations to the diaconate, please contact Deacon Pimental at (305) 762-1133 or by email at vpimentel@theadom.org